Monday night, May 21st, three games into the third round of the playoffs the Cavs lost their first playoff game this year. As a diehard Cleveland fan I was devastated. It wasn’t a bad game by any stretch, the Cavs were in it the whole game and it wasn’t until someone on the Celtics scored a three pointer in the final seconds that the game was sealed. Just a few years ago, I would have been thrilled if the Cavs would’ve made the playoffs, but there I was crushed that my Cavs could lose a game. I’m sure they will end up winning the series, so why was I so torn by the loss of one game?

Three years ago Lebron James announced his return to Cleveland and shook up the fabric of Cleveland sports. (As someone who lives in Cleveland and owns a Cleveland based company I can assure you, he shook up our whole city.) Since then our expectations changed drastically, we went from hoping to make the playoffs to winning a championship to where I was two days ago, in shock that they can lose a game. How I (and I think most people) watch sports is a game of expectations.

Over the last 15 years eCommerce has grown to be one of the biggest forms of retail, no one can imagine a major company today not having an online store. This was true primarily in the B2C market whereas B2B continued its business offline.

But as the B2C market grew and the ease of placing orders online was perfected, online shopping became part of everyday life. So much so that purchasers expected the same at work. They wanted to be able to do all their company’s purchasing the same way they shopped for shoes in their living room. Just like me watching the Cavs, over the course of just a few years, the expectations totally shifted. 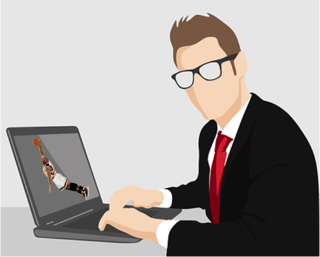 Today, B2B ecommerce platforms have advanced so much, companies that don’t offer an ecommerce options are at a huge disadvantage. Buyers expect the online option to be fully customized the way they would do their traditional B2B purchasing; bulk orders, custom pricing, shipping to multiple locations etc. If anything is missing, they are as distraught as I was after the Cavs lost.

Magento has been catering to these expectations, providing multiple features to help with B2B sales, and as a Magento agency we have seen more and more B2B companies successfully transition into the world of ecommerce. Now all we need is the Cavs to start winning again . . . Go Cavs!

Get the latest eCommerce updates and resources.